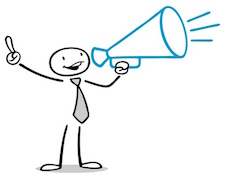 Becoming an Ally in Fighting Racism 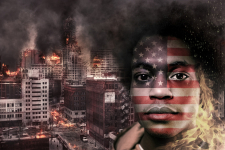 As citizens of the world, we have looked on in collective horror while witnessing the murders of innocent African American men and women. The tragic deaths of Ahmaud Arbery, George Floyd, and Breonna Taylor highlight the racial hatred and violence that many people of color face on a daily basis. Many of us had hoped that we now lived in a post-racial world; racially-charged crimes around the globe, however, have proven this to be far from the truth. Racism is alive and real. Our society is unjust, and people of color suffer often at the expense of the white majority.

Today, we humbly acknowledge the fact that it is no longer enough to be passively “not racist.” But we could strive to become actively anti-racist. Minority individuals face poor treatment not just in America, but across the globe. Those of African descent are treated particularly poorly; we should also acknowledge the ways in which those of Latino, Asian, Middle Eastern, Native, and Indigenous backgrounds are also treated unjustly.

We can become better allies for our minority brethren. The following tips are our best suggestions for improving our allyship in the global fight for racial justice. Though the primary focus of this article is on the Black Lives Matter movement, the same type of allyship can be applied to supporting other minority groups, too.

Here are a few ways we can all work on becoming more racially aware. With time, we can work to become truly anti-racist.

If you are White and live in North America, it is important to recognize the ways in which you have benefitted from white privilege. The advantages you have had as a result of your race may not be apparent to you, but they exist. Being White often confers a number of unearned privileges that people of color usually do not receive. Whites are represented by politicians and the media; this reaffirms a sense of self-worth and cultural belongingness. Even poor White individuals generally have greater access to housing, schooling, and career opportunities in comparison to people of color. Minority communities are often heavily policed; individuals who are convicted of crimes generally face lengthier criminal sentences.

Inequity is often the result of homogeneity. Politicians, for instance, are disproportionately White; the decisions made at these leadership tables affect minority individuals who do not have a voice in the decision-making process. Exclusion may not be intentional, but White-dominated leadership often results in decision-making that does not include minority perspectives. White leaders and citizens therefore often fail to see the barriers, obstacles, and biases faced by people of color. If we don’t see or acknowledge these problems, we will not be motivated to fight them.

We may not have personally created the racist society that we live in, but we remain, nonetheless, deeply embedded in it. If you are a White person, you might acknowledge the fact that society is built to benefit you. You have benefitted from the way society is structured; people of color have suffered as a result. Segregation continues to exist in many places; poorer neighborhoods are often filled with migrants and minority groups, for instance. These individuals may therefore have less access to quality schooling and career opportunities.

What can we do about our privilege? Strive to be more aware of your privilege, and work to cultivate better relationships with people of color. Listen to minority voices and hear what others have to say. Then, work to begin dismantling your own biases. Find ways to fight racial prejudice in your community. Simply becoming aware of your privilege is the first step towards fighting for greater racial equality. By facing the injustices of our world head-on, you can begin to work towards correcting them.

To become better allies, we will need to unlearn certain biased beliefs and relearn new truths. The best way to become an informed ally is through self-education. Take the time to read articles written by Black voices; these will give you a genuine, insider’s look at current events. To really become an active anti-racist, purchase books on the subject. Reading books about white privilege and society’s mistreatment of Blacks and people of color will help you truly understand racism on a deeper level. Numbers and statistics can be illuminating; when you truly begin to learn about the ways in which Black and minority individuals are treated, both on an individual and a societal level, you will be shocked and humbled. Watch documentaries like Ava DuVernay’s 13th to discover the ways in which Black Americans have suffered under a new form of enslavement as a result of the modern American criminal justice system.

It is your job to re-educate yourself. Some people of color may be comfortable and willing to discuss the subject of racism with you, but don’t rely on others to teach you. For many individuals, such conversations can be psychologically draining. People of color are constantly forced to defend themselves and explain their experiences to others. Don’t place the burden of re-education on their shoulders. Instead, taking learning into your own hands. Once you are more informed, consider having a thoughtful conversation with a willing participant.

Be Mindful of Your Social Media Presence

Many people have responded to the murders of Black Americans by sharing videos of these violent deaths on their social media feeds. You may feel that you are raising awareness of these issues by amplifying them on a social media platform; in truth, however, this is optical allyship, and may even be detrimental to the cause. Many Black victims of violence have said that seeing such videos online triggers and re-traumatizes them. These violent videos can be dehumanizing; ultimately, they disrespect the dignity of the deceased. If you really need to share these videos with someone, do so privately. Instead of simply sharing traumatic content, work on becoming an active ally. Taking action is far more meaningful than merely raising awareness of injustice.

People of color are constantly asked to defend themselves. Blacks are constantly having to confront their collective trauma on social media. Take this burden off of their shoulders by defending them yourself; doing so will likely make them feel heard and supported. Whenever possible, simply listen to what people of color have to say. Trust them and believe their words. When confronted with white supremacy, fight it head-on.

Remember, true allyship is about taking action. Don’t just “talk the talk.” Actively fight racism, both on social media and in real life. Taking action will transform you from a non-racist into an anti-racist.

Support People of Color on a Personal Level

The best way to support people of color is to simply listen to them. Do you have a Black friend or coworker? Don’t stay silent; say something. Simply acknowledge that you’ve seen what’s been happening and that you’re there for them if they’d like to talk. Voicing your support in person is far more powerful than simply posting on social media. If a friend or colleague wants to discuss racism or related current events with you, be mindful of how you respond. Leave your ego and insecurities at the door and simply listen. This narrative isn’t about you; don’t try to empathize by drawing parallels to your own life and experiences. Really strive to hear what your conversational partner has to say. Listening and learning are the keys to becoming a better ally.

If you can, strive to support other minority individuals in your local community. Instead of buying groceries at a major chain store, support local minority grocers in your community. Buy from immigrant store owners, and support restaurants owned by people of color. By doing so, you will be able to financially support minority entrepreneurs in your community.

Racism is deeply embedded in our society. Many government policies and practices reinforce these injustices. Being anti-racist means fighting for justice on a political level, too. There are many ways in which you can make your voice heard.

With the coronavirus still a major global health threat, protesting can be a risk that not all are willing to take. If you do choose to attend a protest or a rally, be sure to take precautions to protect your health and the health of your fellow protestors.  Keep learning more about racism and allyship so that you can be a more active ally once the coronavirus crisis has passed. And think about Martin Luther King! His peaceful way of protesting...

You can also work to change government policies by signing petitions and reaching out to government officials in your local community. Research the ways in which your local and federal police are trained. Is your local police force required to wear body cameras? Must these cameras be turned on at all times? Are policemen trained in de-escalation techniques? If these policies are not in place, write to local politicians encouraging them to enact laws to prevent acts of excessive force and brutality. By changing the ways in which the law treats people of color, we can change our society for the better. But be aware of generalizations, assuming that the majority of policemen and policewomen are racist is reverse discrimination.

Be a Genuine, Long-Term Ally

It feels like everyone on social media, from A-list celebrities to old college friends, is talking about racial injustice and the Black Lives Matter movement. It is soo easy to talk about it.

Awareness, however, does not equal action. Don’t become an “optical ally,” posting the right things without doing anything yourself. Become a true anti-racist by taking action. Instead of just posting an upsetting video, take the time to watch a powerful documentary about systemic racism. Rather than reposting a few statistics on social media, take the time to read a full book about white privilege and the ways in which minorities face higher rates of imprisonment than their White counterparts. Most importantly, keep learning, and keep taking action. Will you still be fighting for justice when the protests are over?

Start small. Before becoming a vocal ally, educate yourself. Read books and watch documentaries addressing the subject of racial injustice; take the time to reflect on your own biases. If you are White, consider the ways in which you have benefitted from white privilege. Then, look for ways that you can take action in your own community.

Changing the world will be the result of changing our beliefs and behaviors, one person at a time. Be a part of this transformation; start becoming an anti-racist ally today.