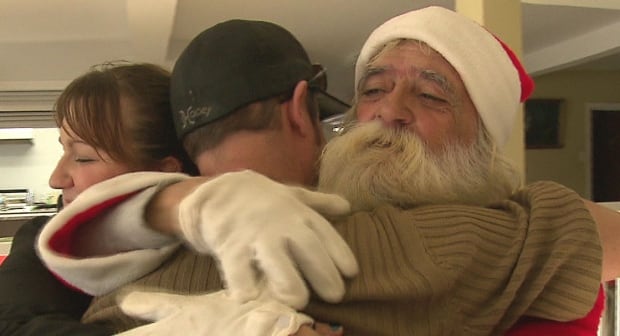 Christmas has come early for a homeless "Santa Claus" in Moncton whose red suit was stolen earlier this week, thanks to the generosity of some elves who heard about his plight on social media. Fernand Gautreau, 64, says he has a new Santa suit, and a renewed Christmas spirit. "It feels marvellous."

Gautreau, who has lived on the streets for about three years, says he was sleeping outside when thieves took all of his belongings — his bag, blanket, bicycle, clothes and his Santa suit. He was devastated. He says he likes to dress up as Saint Nick at this time of year to spread Christmas cheer and make children smile.
"They say, 'Mom, Santa Claus!' And they start shaking, they're so excited, he said. "I do it for them. And for me, yes, but for them." Gautreau shared his story with Aleisha MacPherson and she wrote a Facebook post about it on the Moncton Pay It Forward page. "The look in his eyes when he was telling me this, it really played on my heartstrings," said MacPherson. "It really hurt my feelings that someone would do that to someone that's obviously less fortunate than someone else," she said. "It's just wrong." Claude St. Coeur, of Shediac, saw the Facebook post, while he was shopping in New York with his girlfriend, Sharon Leger. "I said, 'My God Sharon, look at this.' The poor man didn't have anything left." 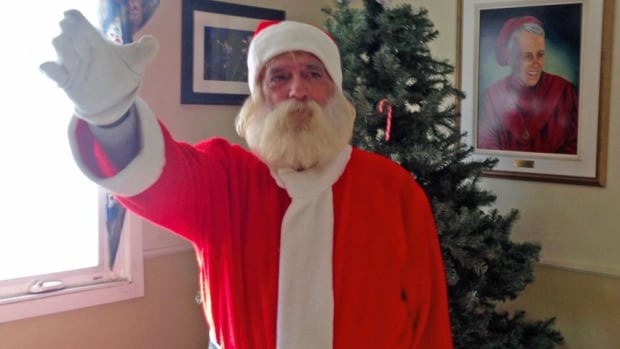 So St. Coeur and Leger bought Gautreau some new clothes, dug a Santa suit St. Coeur had out of storage, and delivered the wrapped presents to Gautreau at the House of Nazareth homeless shelter. "I said, 'Ho, ho, ho. Thank you very much,'" said Gautreau, who also received a new bike and a new cart for it from some of Santa's other helpers. Gautreau says his new Santa suit is his "new start." After years of struggling with alcoholism, he plans to go to detox. "One day at a time." St. Coeur and Leger have been equally touched by the experience. ​"The joy in that gentleman's face, it was just priceless. The feeling in his heart, you could tell — no money can buy that," said St. Coeur. "It was so heartwarming. It brought tears to his eyes and I was tearing up too." Now St. Coeur and Leger, who are both retired, say they want to do more to help those in need.​ http://www.cbc.ca/

There still out there, people willing to make a difference in others lives through kindness and compassion, my eyes are still wet
Post a reply
Previous Next
Return to News and Current Issues